A Turkish Man, Ibrahim Yucel, Locks Himself in a Copper Helmet to Quit Smoking Cigarettes

A Turkish Man, Ibrahim Yucel, Locks Himself in a Copper Helmet to Quit Smoking Cigarettes

Some of us with unhealthy habits that have stuck with us for long will know how hard it is to get rid of them. We are desperate to quit and yet it is so disappointing not to get to do the thing we are so habituated to. But, where there is a will, there is a way! Ibrahim Yücel sets us an example. Ibrahim came up with an innovative idea to kick his smoking habit. With support from family and his own resolve, he was finally able to give up his habit.

Following the demise of his father and facing rising pressure from family members to quit smoking, Ibrahim Yucel came up with a unique idea. He locked his head in a cage. 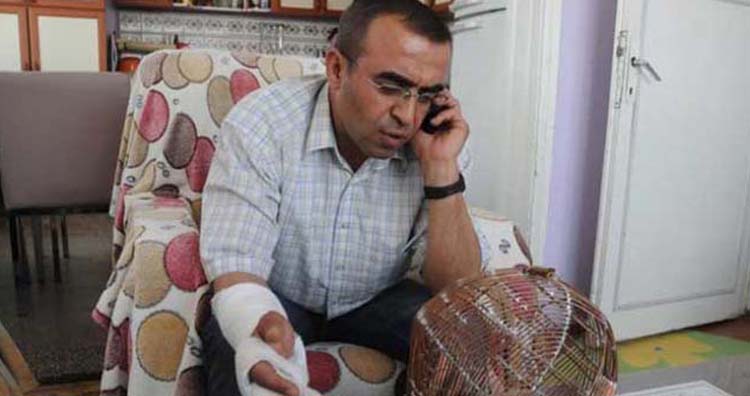 What great lengths can people go to if they are hell-bent on kicking a habit? Moreover, if it’s related to the loss of a loved one, then surely they may be considerably motivated. After losing his father to lung cancer, 42-year old Ibrahim Yücel from Kütahya, Turkey strengthened his resolve to get rid of the habit once and for all. He even swore an oath to his family, Allah, and the Qur’an.

Ibrahim began smoking when he was 16 years old. For the past 26 years, he has been smoking two packs of cigarettes a day. After the death of his father, he was pressured by his mother, brothers, and his own family to give up the habit. He made several attempts to quit, however, his addiction got the better of him. After failing at attempts to kick the habit, one day, he came up with an innovative idea. Inspired by the safety helmets of bikers, he began wearing a cage to prevent himself from putting a cigarette in his mouth.

Ibrahim was inspired by motorcycle helmets to wear a cage like a headgear to kick his habit. 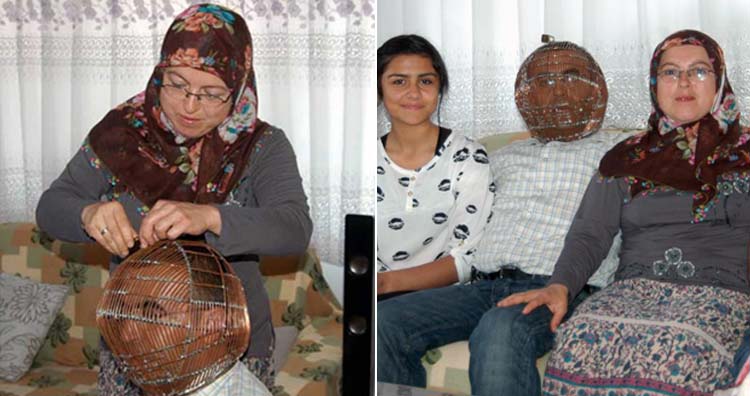 Ibrahim drew inspiration from another health campaign – safety helmets for motorbike riders. In his determination to get rid of his habit, he fashioned a cage with two locks. The cage was made from 130 feet of copper wire that opened in the center. The cage was just large enough to be comfortable for his head and allowed him to breathe. The cage had bars wide enough only to allow him to eat crackers and sip through a straw throughout his workday.

Each day before leaving for work, Ibrahim locked his head in the cage and promptly handed over the key of each lock to his wife and daughter. Thus, there was no way that he could open the cage to satiate his nicotine cravings.

Ibrahim’s innovative idea was a success and he finally accomplished what he could not do over the past few years.

Ibrahim claims that he was extremely happy with the way things had turned out. Despite the curious looks from strangers and hordes of children following him, Ibrahim was determined to get over his habit. Even his immediate family was initially embarrassed with this new look, but they eventually became supportive of his brave and innovative attempt. It is due to his sheer, steely resolve that Ibrahim could stave off the habit in just two days of encasing his head in the cage.

It needs to be mentioned that this news was published in July 2013, within two days of Ibrahim implementing his idea. As there are no further updates, it cannot be ascertained that he had got over the habit completely.

A Chinese Man Gains 100 Kilograms During a Five-Month Lockdown Making Him the Fattest Person in Wuhan, China

10 of the Most Underutilized Vegetables

Lost at Sea, a Man Met his Long-Lost Uncle’s Family on an Island