6. Beer was not considered an alcoholic beverage in Russia until 2011. It was consumed as a soft drink.

Prior to this, beer was consumed like a soft drink and was sold round-the-clock. In fact, it was marketed as a healthier alternative to alcohol which spiked its popularity. To tackle alcohol abuse, the Russian government decided to implement a bill that would classify beer as an alcoholic beverage, limiting its sale and availability. (source)

Camel is a big part of Muslim cuisines. Each year, hundreds of thousands of camels are slaughtered and used as part of many menus. Saudi Arabia, being one of the biggest Muslim countries, faces a shortage of camels for culinary purposes which is why these animals are imported from countries like Australia.

Camels were brought into Australia in the mid-19th century. They were used as draft and riding animals. Once their work was done, they were set loose. They multiplied in the wild and eventually were used as an export item.

But camels are not the only thing being imported to Saudi Arabia from Australia. Sand is also imported from Australia despite the massive amounts of desert sand available to Saudi Arabia. The reason behind this is the texture of desert sand in comparison to beach sand. Desert sand is thinner and much smoother in comparison to sand from beaches. This fact makes beach sand excellent for construction and sandblasting. (source)

8. Tomatoes were considered poisonous for over 200 years as people who consumed them got sick or died. But it wasn’t the tomato, but lead in pewter plates that were used by wealthy Europeans that reacted with the tomato’s acid, causing the poisoning.

Tomato is one of the most popular food ingredients today. They’re used in countless dishes in almost every cuisine in the world. But there was a time when tomatoes were considered poisonous.

Tomatoes were introduced to Europe in the 1500s. The bad reputation came from the fact when people started getting sick and dying after consuming tomatoes. People began referring to them as the “poison apple.” But it turns out it wasn’t a tomato that was killing people. The lead present in pewter plates used at that time would react with tomato’s acid causing poisoning.

For over 200 years, people were afraid of eating a tomato until 1880 when pizza was invented in Naples, and soon tomato became a hit. (source)

9. In a study, scientists found 2,368 different species of bacteria living in people’s belly buttons, of which several were new to scientific records.

Human bodies can be an interesting place. Our bodies can produce weird chemicals and can harbor unknown bacteria and viruses. To find out more about human bodies, Rob Dunn conducted an experiment using samples from 60 people’s belly buttons. What they found was surprising and equally horrifying.

As many as 2,368 species of bacteria were found in total out of which 1,458 may be new to science. Most belly buttons harbored 67 species of bacteria, with some harboring as low as 29, while others, as high as 107. In the same experiment, they discovered a bacteria only found in Japanese soil and one species that thrives in ice caps and thermal vents. (1, 2)

10. Human beings shed 35kg of skin in their lifetime. The skin we see now will disappear in a month’s time. 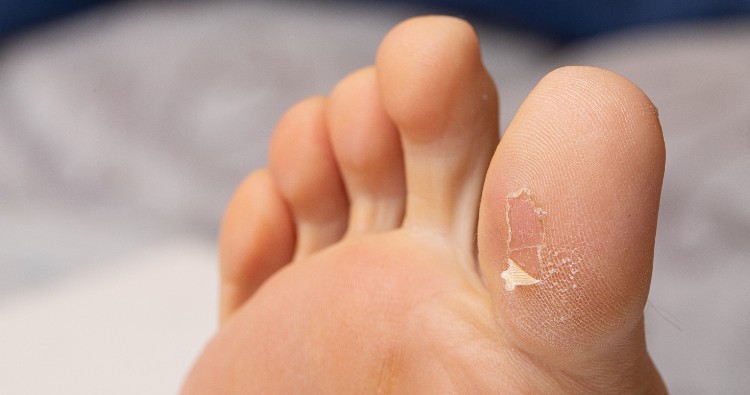 Skin is the largest organ in the human body. It covers us from head to toe. But what’s bizarre is the fact that although we cannot see it happening, human beings, like snakes, shed their skin. In a study published in the Journal of Environmental Science and Technology, Charles Weschler explains that human beings completely shed the outer layer of their skin every three to four weeks.

Every hour, we get rid of 0.09 gm of skin cells which equates to 35kg of skin in a lifetime. These skin flakes contain oils including cholesterol and squalene and are a major constituent of dust present in our houses. (1, 2)

Sorry. No data so far.