by Unbelievable Facts3 years ago4 min read
Related posts
10 Mind-Blowing Shaolin Monk Skills That Are Superhuman-Like 3.6k views
10 Most Horrifying Torture Methods In All of History 1.7k views
Leandro Granato, Artist Who Paints With His Eye! 3k views
There Is A Wrestler Named Denis Cyplenkov Who Has The Biggest Hands You Have Ever Seen 8.6k views
615 views

Bacteria and viruses have existed and evolved right alongside humans. Many of these pathogens are responsible for causing deadly outbreaks and global pandemics. Though evolution has helped us become resistant to some of these disease-causing agents, these pathogens have also found new ways of infecting us. What is even scarier is that there are viruses and bacteria that have been trapped in ice and permafrost for thousands of years, and these long-dormant pathogens are now waking up due to the effects of global warming. No one can tell what will happen if we are ever exposed to them, but we can only guess.

Climate change is melting glaciers and permafrost, releasing ancient bacteria and viruses that have lain dormant for thousands of years. 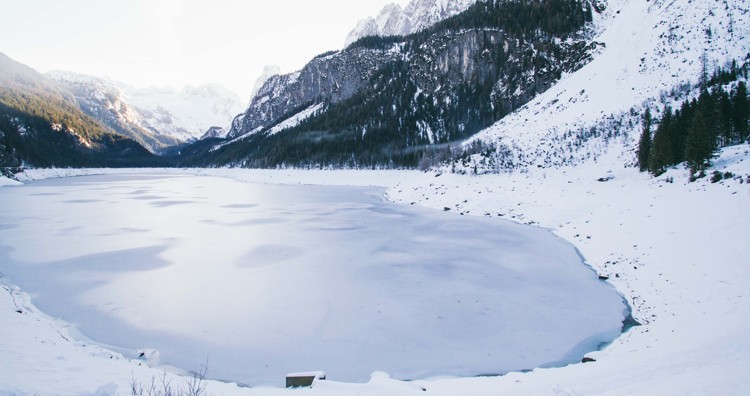 The idea of deadly pathogens waking up as a result of climate change is not science fiction. It has happened! Back in 2016, in a remote tundra of northwest Siberia, at least 20 people were hospitalized after they contracted anthrax. A 12-year-old boy, one of the affected, even died due to the disease. The popular theory is that an infected reindeer died and its carcass froze and got trapped under permafrost (frozen soil). It stayed there for over 75 years, but during the 2016 summer heatwave, the permafrost thawed, exposing the carcass and releasing the spore-forming bacterium that is responsible for causing anthrax.

The bacteria then got into the nearby soil, water, and food supply. Over 2,000 reindeer that graze the area became infected, and they spread the disease to humans. Even though only a small number of people were infected back then, it may not be an isolated event. Frozen soil is the best place for bacteria to stay alive for thousands and even millions of years, but permafrost will keep melting as the planet gets hotter, and it might open Pandora’s Box.

It is also likely that diseases we presumed were long gone could make a comeback.

Over a million reindeer died from anthrax in the early 20th century. Digging deep graves in the permafrost is not easy, which is why the carcasses were buried in shallow pits. There are over 7,000 such burial grounds scattered all across northern Russia. It is not just animals. Even people who died from deadly infections and other diseases have been buried in permafrost. Scientists have even found traces of the 1918 Spanish Flu virus in the mass graves of the Alaskan tundra. The bubonic plague and smallpox may also be found in graves across Siberia.

On multiple occasions, scientists have successfully revived bacteria that have been frozen for thousands and even millions of years.

Back in 2005, NASA scientists were able to revive bacteria called Carnobacterium pleistocenium. The microbes had been frozen in an Alaskan pond since the Pleistocene Period when woolly mammoths still existed. Despite being dormant for 32,000 years, the bacteria seemed unaffected when the ice melted. Then again in 2007, scientists revived an eight-million-year-old bacterium, which had been dormant in the ice in Antarctica’s Beacon and Mullins valleys. The same study also involved reviving bacteria from 100,000-year-old ice.

Over the years, scientists have conducted several studies involving long-dormant bacteria and viruses. Some of these viruses were found to become infectious after being revived.

Some experts believe that viruses that once plagued the long-extinct hominin species could come back.

Denisovans and Neanderthals both existed in Siberia, and these long-extinct hominin species were carriers of viral diseases. Remains of Neanderthals as old as 40,000 years have been found in Russia. Experts think that viruses from such specimens could very well infect the human population in the area, and if that happens, we would know that such pathogens can never be eradicated. Researchers have long studied permafrost layers and looked at their DNA content, and they have found traces of bacteria and viruses that could be dangerous to humans.

Many experts think that it is probable that these long-dormant pathogens could revive and infect humans, but they cannot say for certain how likely it is. However, if the pathogen has not been around in our time, our immune system may not be prepared for it, and that can cause problems.

This Aussie Teen Has Invented a Landfill Compostable Plastic Made from Prawn Shells. The Material Decomposes Within just 33 Days

Why is Soap Better than Hand Sanitizer at Getting Rid of Coronavirus?

The Story Of Amazing Peanut-A Turtle Who Was Deformed By our Litter.

12 Engineering Marvels that Are Truly Genius

The Surface Of Planets And Moons That We Have Explored!

Another Side of New York City in the 1970s, Before a Three-Decade-Long Environmental Clean-Up

The 1800s serial killer family of Kansas: “Bloody Benders”, notorious for murdering travelers and whose fate is unknown to this day

10 Interesting Facts About Your Favorite Movies and TV Shows