There are many intriguing things in the world that sound too unbelievable. Yet, these things often turn out to be true. Are you someone who enjoys reading about such facts? If so, this is certainly the right place for you! So prepare to have your mind blown, because here’s a list of 100 weird facts that sound too bizarre to be true. 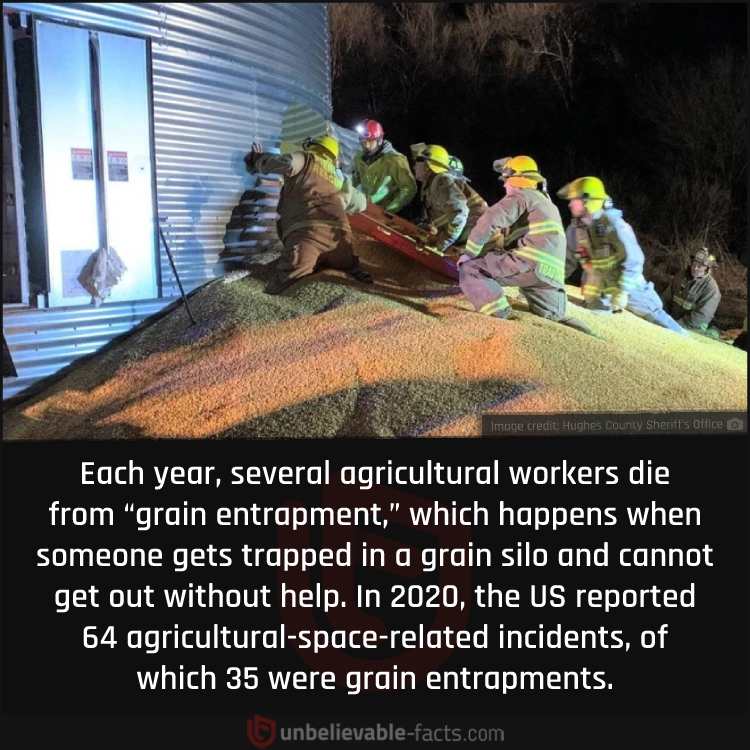 Each year, several agricultural workers die from “grain entrapment,” which happens when someone gets trapped in a grain silo and cannot get out without help. In 2020, the US reported 64 agricultural-space-related incidents, of which 35 were grain entrapments. 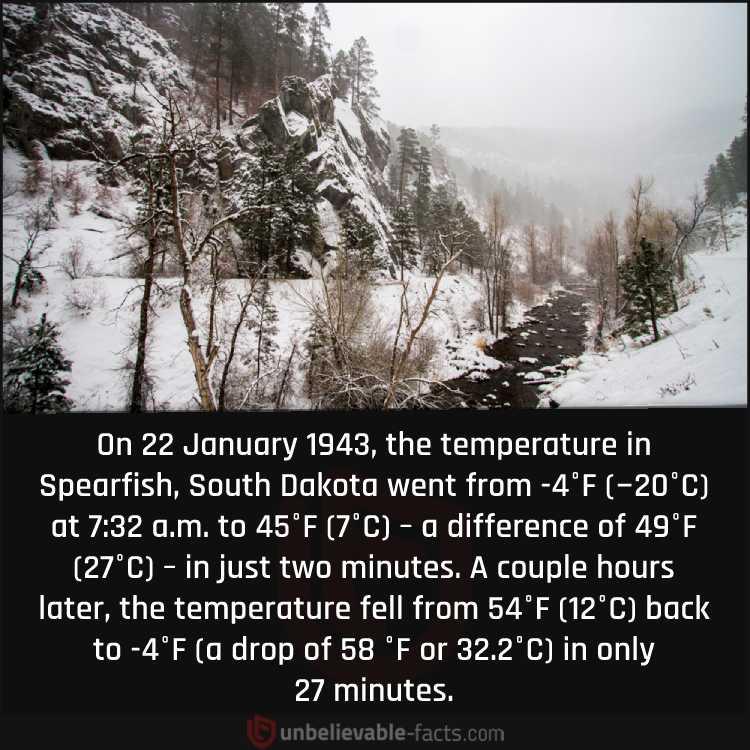 10/100
A Woman Who Married Herself Cheated on Herself 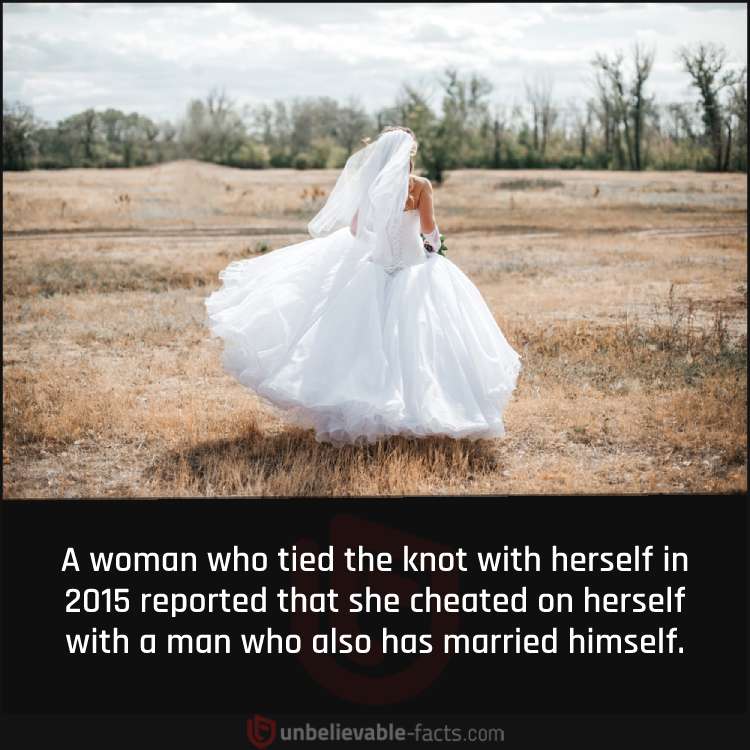 A woman who tied the knot with herself in 2015 reported that she cheated on herself with a man who also has married himself.

9/100
A Pea-sized Radioactive Capsule Was Lost in Australia

In 2023, a pea-sized radioactive capsule went missing in Australia while it was being transported along an 870-mile stretch of highway. Exposure to the capsule could cause burns and radiation sickness. After nearly a week-long, challenging search, the tiny capsule was found by the roadside. 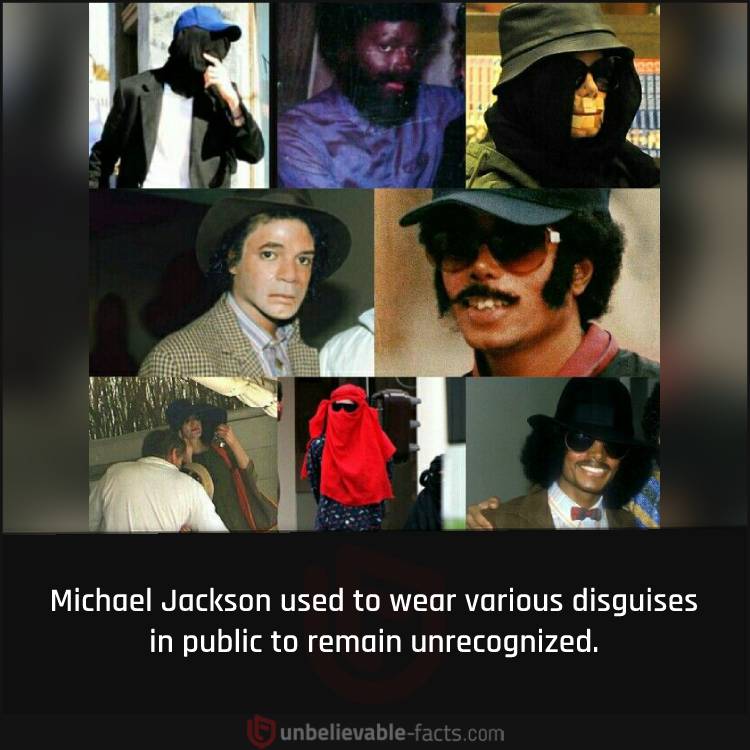 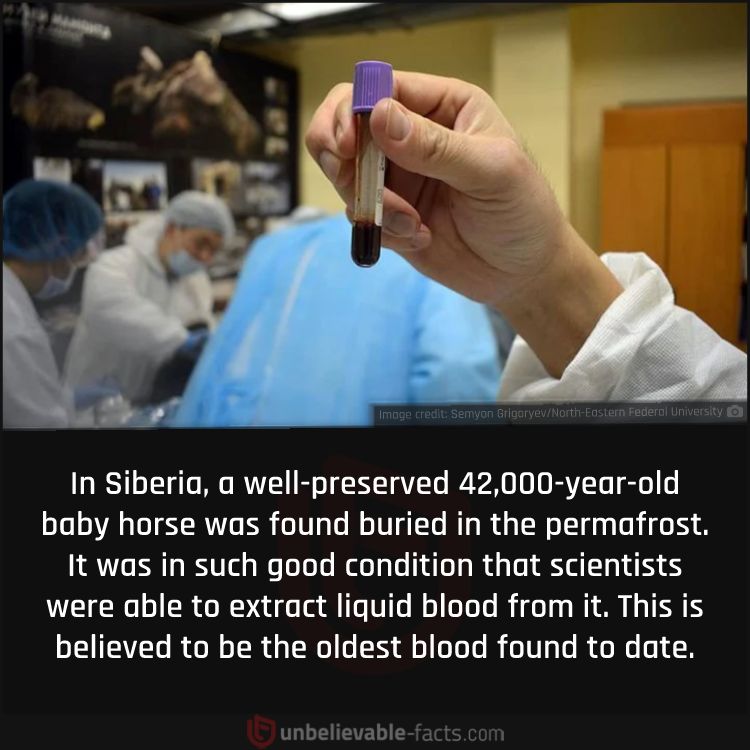 In Siberia, a well-preserved 42,000-year-old baby horse was found buried in the permafrost. It was in such good condition that scientists were able to extract liquid blood from it. This is believed to be the oldest blood found to date. 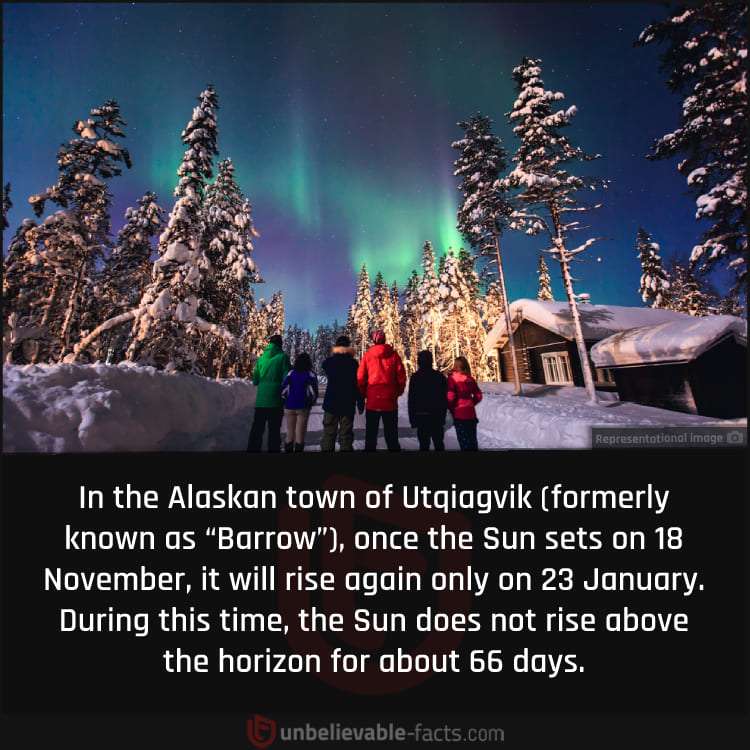 In the Alaskan town of Utqiagvik (formerly known as “Barrow”), once the Sun sets on 18 November, it will rise again only on 23 January. During this time, the Sun does not rise above the horizon for about 66 days.

The Earth pulses every 26 seconds, but seismologists don’t seem to agree why. Since at least the early 1960s, this mysterious pulse has been documented on multiple continents. 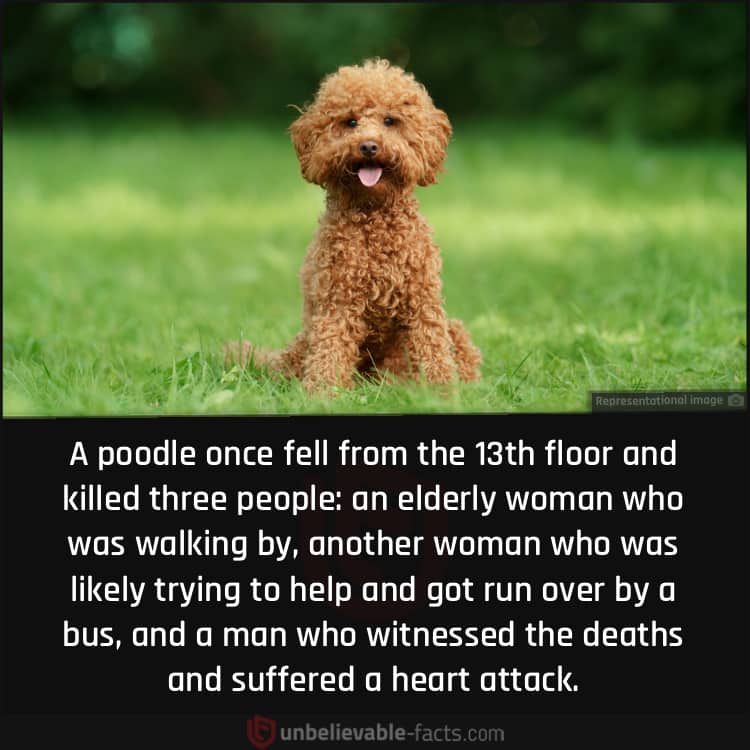 A poodle once fell from the 13th floor and killed three people: an elderly woman who was walking by, another woman who was likely trying to help and got run over by a bus, and a man who witnessed the deaths and suffered a heart attack. 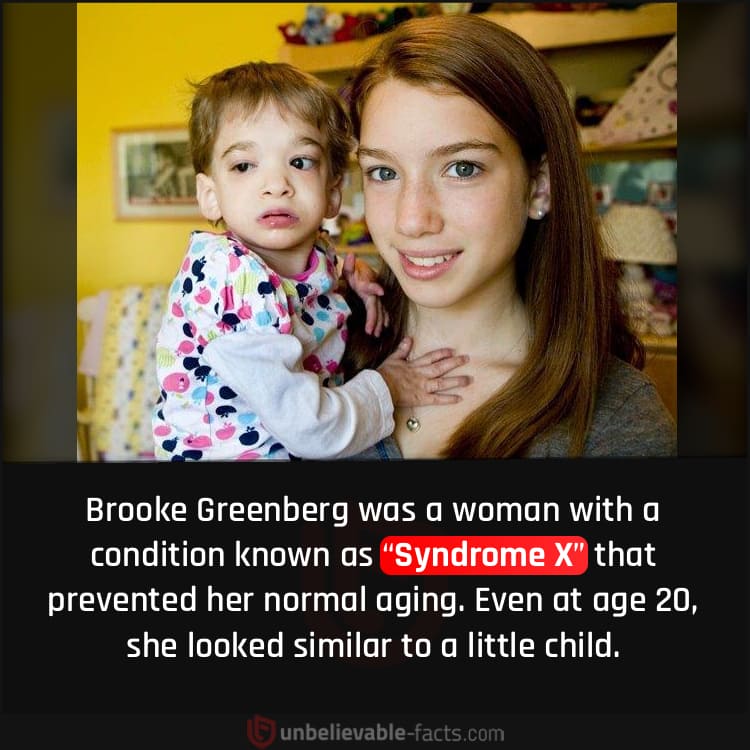 Brooke Greenberg was a woman with a condition known as “Syndrome X” that prevented her normal aging. Even at age 20, she looked similar to a little child. 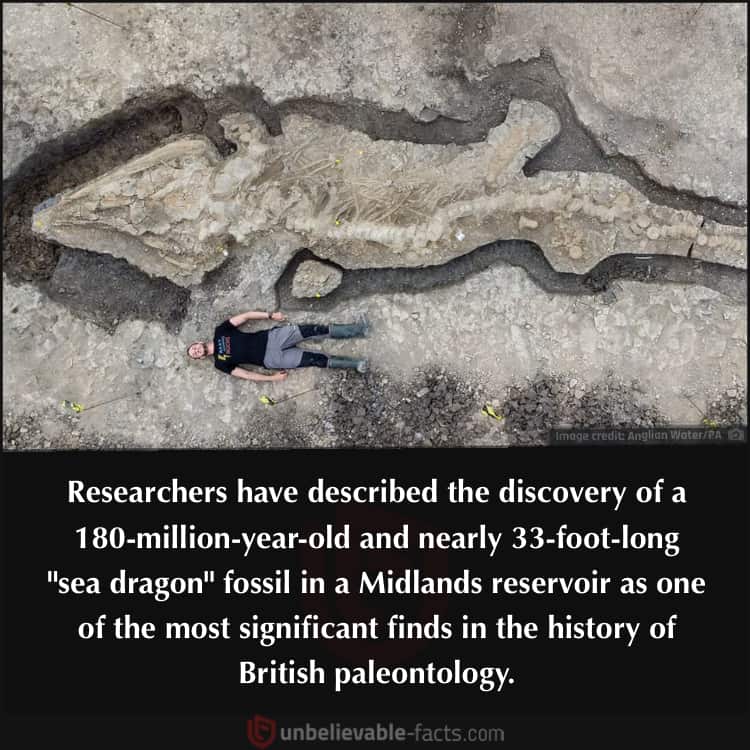 Researchers have described the discovery of a 180-million-year-old and nearly 33-foot-long “sea dragon” fossil in a Midlands reservoir as one of the most significant finds in the history of British paleontology. 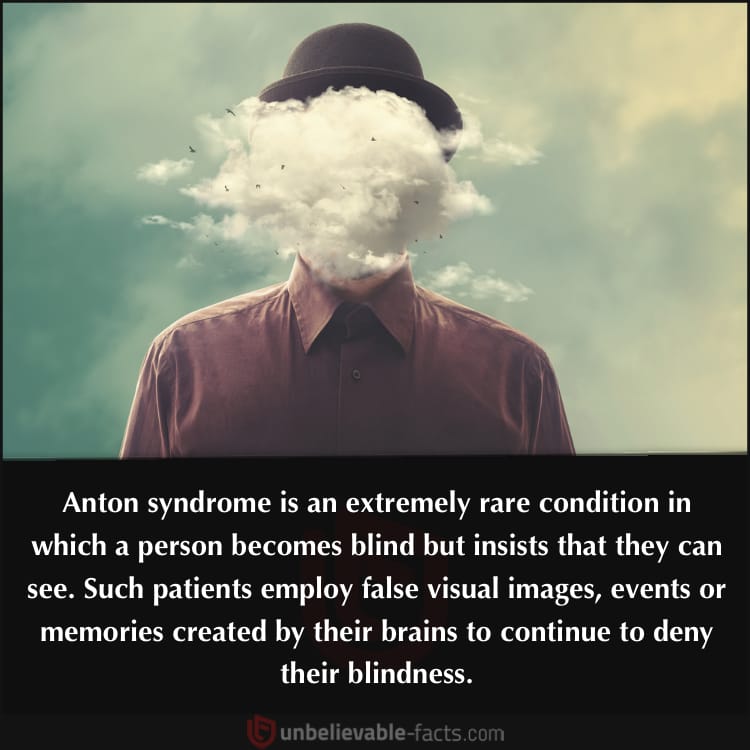 Anton syndrome is an extremely rare condition in which a person becomes blind but insists that they can see. Such patients employ false visual images, events or memories created by their brains to continue to deny their blindness.

Tree Mystery of Crown Shyness: “Anti-Social” Trees that Avoid Touching each Other

10 Things that Were Invented Because of Peculiar Reasons

10 Movies or TV Shows that Predicted the Future Right

The Flourishing Wildlife of Chernobyl Despite High Levels of Radiation