Since the beginning of civilization humans never could escape the temptation to claim ownership and distinguish themselves from the others around. Homes and private property are those claims at small scale whereas countries and continents are the claims at large scale. However, the relentlessness of their pursuit in making these claims sometimes takes a funny turn. And the result is the creation of unusual borders between countries often for equally unusual reasons.

Diomede Islands – The pair of islands located in Bering Strait between Alaska and Siberia.

Also Known as Three-Country Cairn has a stone monument built in 1897 by Russians.

Another notable border is between Sweden and Finland. Finland was part of the Russian Empire during that time. They built a lighthouse on an Island called Market which is part of Sweden resulting in a queer S-shaped border.

Also known as Triple Frontier at the confluence of Iguazu and Parana rivers.

Above is the satellite image of the border lit during the night from NASA. Below is the picture of soldiers from both countries participating in a border crossing ceremony for pilgrims.

The border passes right through the middle of the city Lloydminster.

Despite being divided Lloydminster functions as a single city with single municipality but belongs to both Alberta and Saskatchewan.

Baarle-Nassau and Baarle-Hertog are the two collections of enclaves belonging to respective countries.

There are a total of 30 enclaves and 26 separate pieces of land interspersed in the city.

10. Haiti and the Dominican Republic

The border shows a stark difference between the levels of deforestation in both countries.

The border is called Korean Demilitarization Zone, meant to serve as a buffer zone during a war.

The only border in the world with zip line from one country to the other. 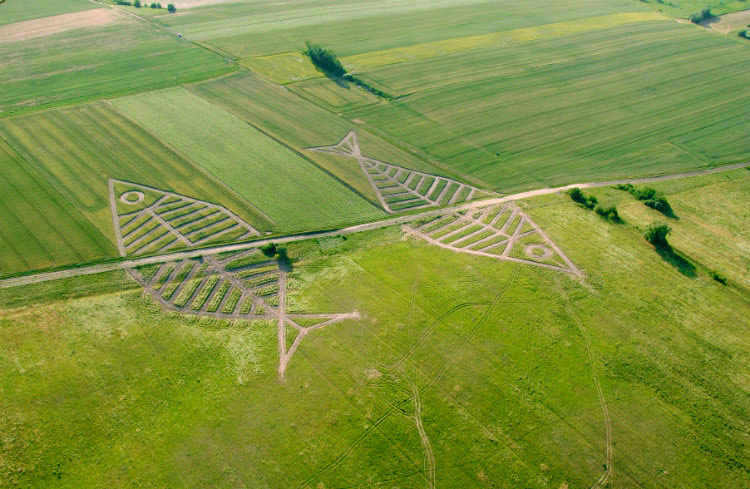 India is on the right.

19. The United States and Canada

Sweden on the left side and Denmark on the right.